Massive Spoiler Alert again. For the first book in the new series, Fool’s Assassin, and The Farseer Trilogy and The Tawny Man series.  Oh, and the Rain Wild series too. Isn’t that some kind of record, spoiling three prior series in one book? 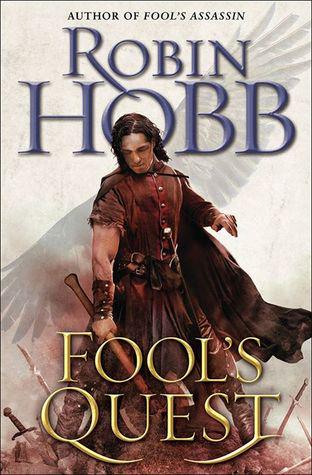 I totally called it in my review of the first book: Bee is, in fact, Fitz and the Fool’s magical love child, and the “son” of the prophecy. Not sure how much role Molly played in that — but that makes it a three-way creation. Pretty kinky!

We still don’t know as much about the Fool’s race and their possible hermaphroditic biology. Or maybe they are just really laid back about cross-dressing?

Really, there was not a lot I didn’t like. Looking forward to the next one!